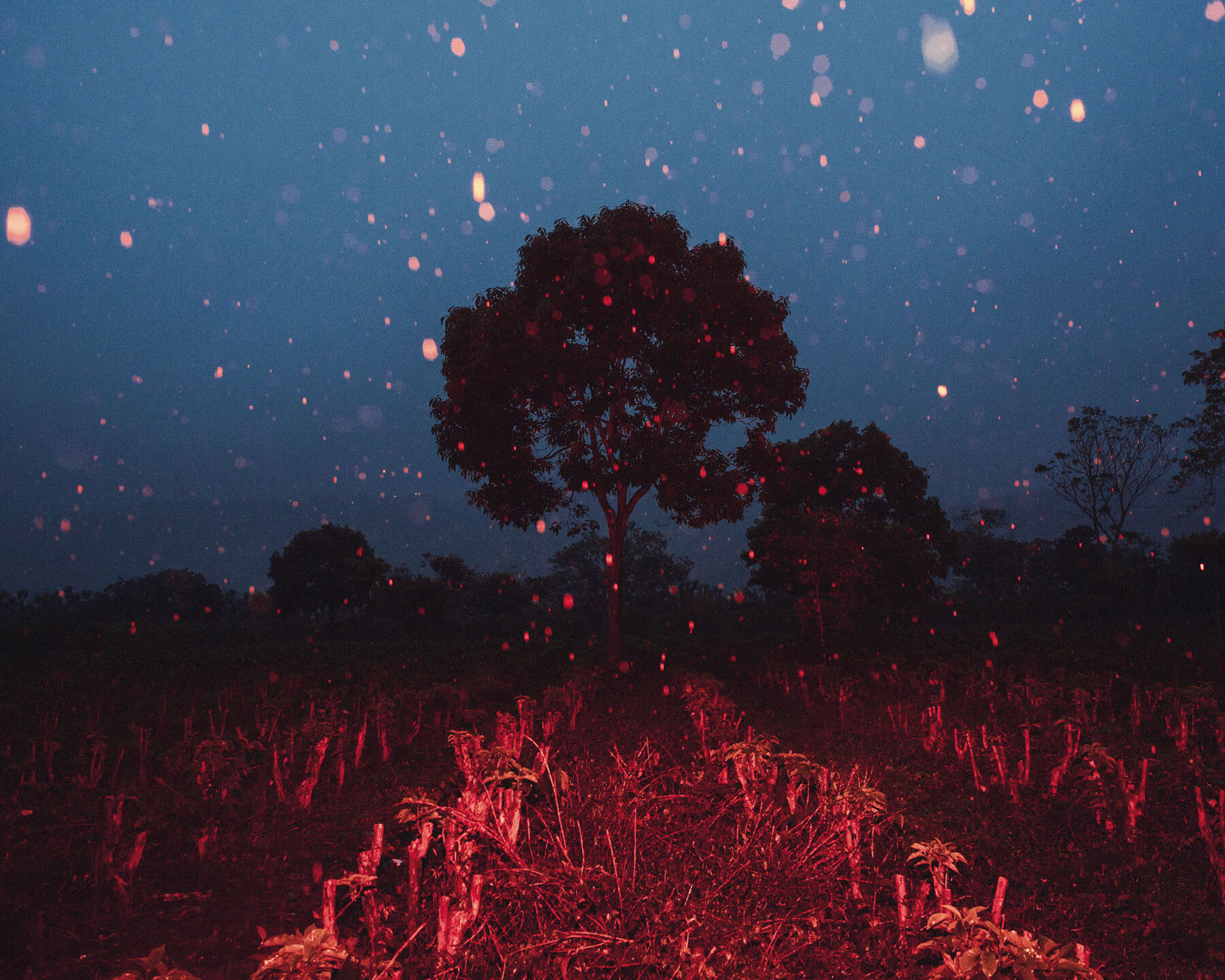 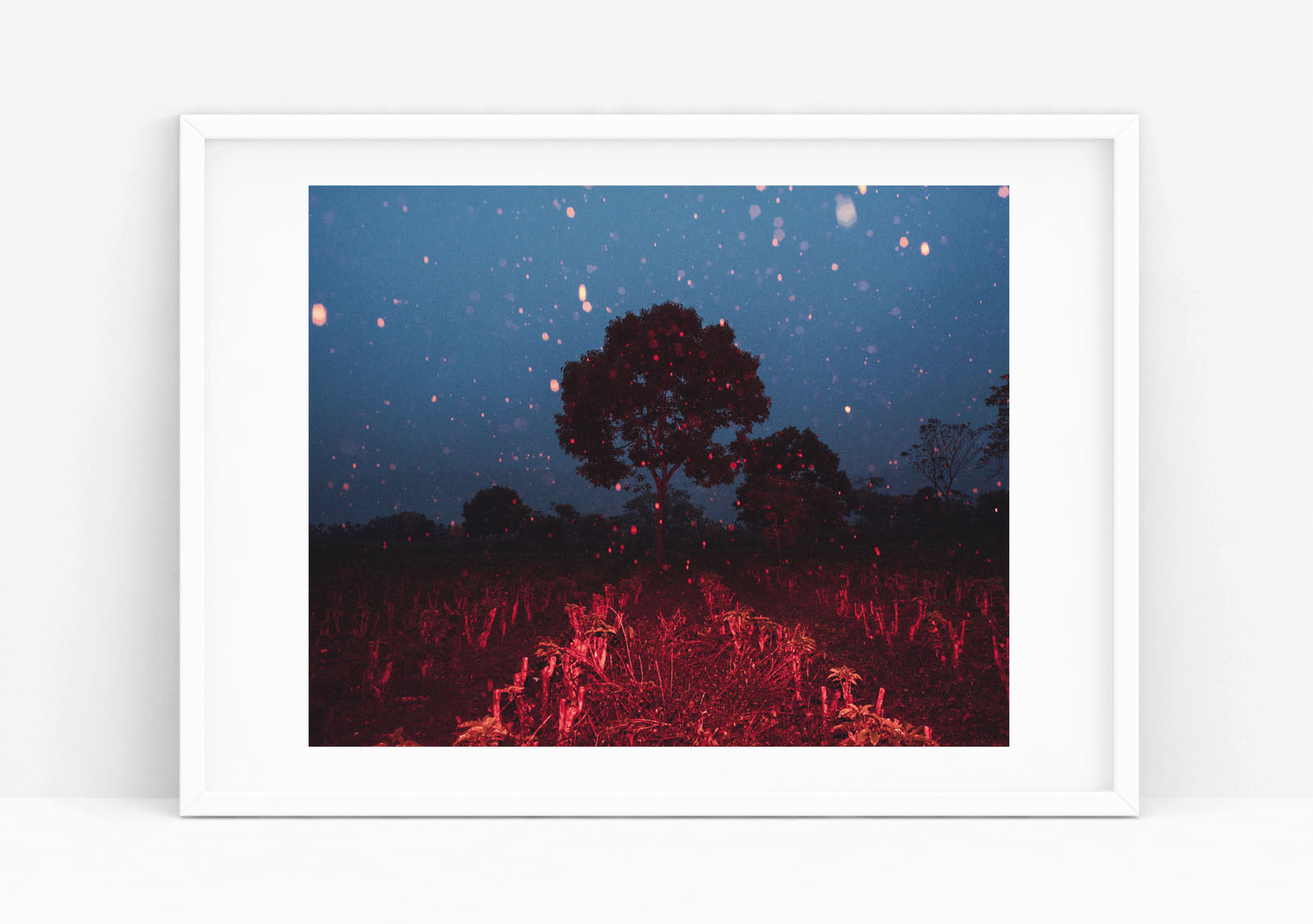 Henry Tyson is a visual artist and pseudo-documentarian. His photographic work revolves around the act of extracting narratives from life as he experiences it – be it from spaces, culture, ideas, or conversations. The result is a form of metaphysical photography – a documentation of the world, that through the act of having been photographed, presents questions pertaining to the nature, and reality of the documented space – whilst simultaneously building a dialogue with the concept of the work itself. Born in England but usually found in Spain, or Costa Rica.

The alteration of the scenes is the culmination of a couple of years of practical experimentation in my work, and ultimately the developing philosophy behind it. I think personal expression, or lack of, is a defining and important feature in all art forms. I’ve grown to accept the tendency I have to present a part of myself in my work. Perhaps it’s a form of anti-authoritarianism – we are led to believe that documental artworks are objective recordings of a shared reality, when in truth, as soon as one looks through the camera and presses the shutter, one loses the objectivity of a situation. The act of recording a rectangular slice of one’s surroundings is a manner of subjectifying and altering the documented moment – presenting history as if the photographer was never present. The idea that it’s pure and objective truth is ludicrous. Therefore I like the idea of making it absolutely clear that I was in the space that I have photographed, and that I, in the moment of releasing the shutter, permanently altered the reality and history of the scene, if only for 1/60th of a second. The artistic merit of such forceful self-imposition is of course debatable but that’s another matter. I also think that, on a less ideological point, the act of “making” a photograph rather than taking a photograph is an attractive one. It could be that ultimately, I’m just looking for a way to justify the act of using photography as an active artform rather than a reactive one.

The work catches the attention of the observer via its main aesthetic feature; the bright colouring present across the project. Each photo was artificially lit with intense coloured flashes produced from various colour gels placed in front of a strobe. Through this method each photo takes on an otherworldly or surreal tone, with the viewer’s eye drawn to details of each scene that would’ve otherwise gone unnoticed. So yes, I’d say that the medium does link to the subject thematically, as the project is an exploration of man’s footprint on ‘natural’ spaces, and our ability to categorise and observe that footprint. Apart from the use of colour in “Naturaleza Antrópica” formwise my work is rather conservative. Each photo follows and doesn’t deviate from a unifying pattern; an eye-level, snapshot-esque viewpoint. The uniformity gives more emphasis to the content of the lighting of the scene and pushes the viewer to experience the differences in environment rather than the differences in photographic form and presentation – an ironic ode to the school of “objective photography”.

Lots of driving; exploring. When working on a project I try to go out most days for a couple of hours, driving around, keeping an eye out for locations or scenes that might match the (ever-developing) ideas for the project. I’ll have certain things in mind, written down in a notebook, and will take further notes whilst exploring, adding locations to return to etc. If the conditions are particularly interesting I’ll bring my gear.

Constant chaotic experimentation leads to more order and structure in the long run. The process itself slows down, and greater ideas are given the time and space to emerge and evolve, building on the less refined original thoughts. One learns to trust that process and not to stress so much trying to ‘complete’ an idea at its point of genesis – projects need time and space to show us the real theme.

I don’t think creation is possible in a vacuum. Everything we produce is a product of what we have lived.

On the subject of inspiration we can touch on a theme of duality; all artistic output is the result of conscious and subconscious inspiration – depending on the work, one can dominate the other but both are present in every creative undertaking. Subconscious inspiration being the act of drawing from the entire catalogue of one’s life experiences, experiences that include first-hand events and epiphanies, and in photography in particular, any visual observation one might have made, whether intellectualised or not. Conscious inspiration on the other hand is a lot easier to disclose! The greatest inspiration for Naturaleza Antrópica comes from the work of Hideo Kobayashi – the discovery of his work was the catalyst for the last couple of years of exploration. “中断された場所” or “Suspended Place” was my first discovery – a project in which Kobayashi constructed 3 concrete walls and a ceiling around very ordinary slices of reality; a bit of road, a bit of wasteland, a children’s playground, an old pond. They were then artificially lit and the result was a study of space robbed of its context or rather it was given a new context and a new manner of observation – the space was given an entirely different, and temporary existence that is only demonstrable via his photographic documentation. The work destroyed all my conceptions of what photography was and could be, and opened up a new way of thinking to me – the idea that one could physically reframe reality or rather that it could be possible to document a space by physically altering it, meddling with its context and its “experience” of reality, all whilst leaving it untouched and true to its existence at the point of discovery – I see it as the genesis of my possibility to think “metaphysically” in regard to photography.

It depends on the project. A lot of my recent works have tended towards becoming formal studies of space and its relationship with man. I’m currently trying to explore other ideas, but it’s something I regularly return to. Perhaps I have no choice in the matter.

I don’t think they’re mutually exclusive concepts – I think the presentation of the work changes the experience of the ‘consumption’.

We’re fascinating creatures. Even the most mundane of us are capable of creating great intrigue and pleasure.

I once, as a twenty-one-year-old, caused great offence at a dinner with several art historians by believing that I could define art, or rather, that my definition of art should mean anything. I won’t be so arrogant as to try again!

There is a lot more information about this project, and others on my website. Feel free to visit.